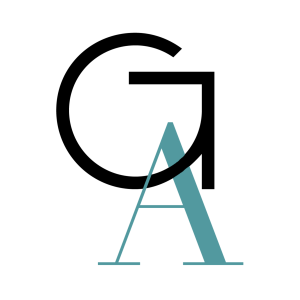 Build a Strong Relationship With Your Teen: Respond, Don’t React

“Responding” versus “reacting.” They sound like the same thing, right? These words sit side by side in the thesaurus, so surely they are interchangeable. That might be true at face value, but it is far from true when applied to the relational value these words hold. When it comes to our teens, responding to them will drive a healthy relationship while reacting to them will raise strife and discord.

Responding tends to be calm, thought out, and non-threatening. While reacting is quicker, impulsive, and can be aggressive. Having teens in our lives means that we have lots of opportunities to practice the difference! Teenagers can do some pretty dumb things, and sometimes they do them on repeat. It can be challenging not to react to them with heightened anger and frustration. While we do want to express our disappointment and help them understand the importance of their choices, we do not want them to close their hearts to us in the process.

Reacting can push your teen further away and create such unhealthy communication patterns that our teens just don’t want to come to us at all. Think of it this way: reacting is usually immediate and emotionally driven, concerned with self, about controlling others, and only worries about the short-term outcome. But responding is a different thing entirely. Responding evaluates, considers values, maintains self-control, can healthily influence the result, remains calm, and takes into account long-term outcomes.

When we open up that school portal and see our child fail that math test, we have an immediate reaction, which is usually not good. Now, if that same child is sitting on the couch playing video games when we see that bad grade, we have a choice to make. React or respond.

The latter option is the choice that will create openness with your teen versus an adversarial relationship. Responding doesn’t mean there is no accountability. Being grounded just might be an appropriate part of a healthy response, but mixing it with insults, judgments, or passive-aggressive one-upmanship is hurtful to the relationship overall. Often we can cross a line into derision when we react instead of respond, and that’s a sure way to close off your child’s heart to you.

Not reacting to our teens isn’t easy. When we learn that they’ve wrecked the car, had that drink, cheated on that test, or chosen any other small to significant negative behavior, it’s hard not to explode right at that moment, especially when these choices happen over and over. So how do we shift away from reacting with immediate and harmful patterns? Let’s look at some helpful steps.

Make space for your initial reaction to pass. For some people, this may mean deep breathing for a few minutes, for some it will mean taking a drive or going for a walk, and for some, it will mean sleeping on the issue and giving themselves lots of time to get to the end of their initial anger and disappointment. Don’t place a negative value on how long you might need to shift into a lower gear. Getting to that place of calm is an important thing.

Is it possible that your anger is fear in disguise? We all tend to harbor some anxieties about our children. There’s a lot at stake. Will they self-sabotage to the point of permanent consequences? Will they compromise who they are for the approval of others? Will they be safe? Be loved? Be filled with faith? Understanding the truth of your own emotions can help you better support your teen in their journey.

Asking for God to give you a loving approach can help to deescalate your potentially harmful reaction. Remember God’s love for your child and that He promises to never or forsake you in your parenting trials. Calling for His peace over the situation can infuse a calm that we can’t achieve on our own.

Even if you are in constant strife with your teenager, these days will pass. Someday when they grow past the teenage ups and downs, the goal is to come out of adolescence with a healthy and intact relationship. When we continuously react and fail to respond, we jeopardize the closeness and trust that we all desire to share with our children. Modeling self-control and Godly care for others will not only bless your teen but your relationship with them in the short and long term.

God Is With You in the Small Things

Don’t Be a Mean Girl

Here’s Why Approval Can’t Be Your Ultimate Goal

Do You Have to Be Liked By Everyone?