Expecting the Unexpected: How My Faith Was Tested in College

Going into the Fall of 2016, I thought I had everything planned for college. I came into college with my major already set, my new CU Nike gear as a D1 athlete, and my three Bibles. I took the right classes in high school and listened to my teachers. I went to church on Sundays and knew I was a proclaimed Christian. I watched every pop culture college movie on drinking, sex, and boys and knew I was strong enough to overcome those social pressures.

Four years after I’ve graduated, I reflect and realize I was not the least bit prepared, but the unexpected truly tested and strengthened my faith.

I Thought I Was Prepared for College

I had a set schedule of how I was going to survive four years of college at a major university.

Weekends I would plan to study for school, go to bible study, and occasionally dress up and go out to eat on Pearl Street.

I believe I followed that for the first three weeks. Luckily, having lacrosse and an academic advisor kept me busy on the weekdays. But the weekends were a nightmare. After Saturday morning practice, the whole weekend was mine. I was quickly pressured to go to pregames and party and drink. I told my teammates I didn’t drink and didn’t feel comfortable in that environment. I soon realized that that’s what most of my college peers were taking part in. I felt secluded from my teammates because I wasn’t taking advantage of those bonding times outside of practice, even if it entailed drinking and hanging out with other athletes. I soon succumbed to the pressure, and every weekend I was going out partying and drinking. I tried to go to church on Sundays after partying, to cleanse my soul, but it was difficult finding the right church and bible study group. I tried speaking to those on campus who track you down, asking if you’re a Christian. It felt more like a cult than a healthy spiritual environment. I would attempt to go to study groups on Tuesday evenings, but I had classes that would go until 8 pm that wouldn’t allow for it. Once the season began, all of my games were on Sundays, so I didn’t have time to physically go to church. I soon decided that I would push off my “Christian responsibility” until I graduated from college. It was easy to compare myself to others and use the phrases, “at least I’m not” or “I could be doing this, but I’m not.”

I made excuses because I was too ashamed to admit that I wanted to have the full college experience and hold off my Christian values for when I was more mature. I still believed in Christ, but I was too involved in college temptations of drinking, sexual issues, and partying. I made excuses instead of asking for help. It wasn’t until life hit me that I realized I do need help.

In college, you get so wrapped up with academics you sometimes forget what’s going on in the world around you until it affects you directly. During my college years, I had to face the harsh realities of life. I was sexually assaulted, racially discriminated against, and had to go through two significant deaths – my teammate and my sister. Nothing could have prepared me for those moments. The biggest question I asked myself was, “Is God punishing me?” I truly felt that I was being punished for not being what I perceived as a “good Christian.” I started to fear God in an unhealthy way. Any action I took, I began to think to myself, “if I do this, will He punish me later on?”

I pray that no one has to deal with what I had to go through, but there are times when you question yourself, and your faith after something negatively affects you. I felt alone. I had no one to hold my hand telling me it’s going to be ok. I had the support of my family, but I didn’t want to burden them with my emotions when they were already dealing with the feelings of a lost daughter. It was hard talking to my friends about being sexually assaulted because the guys who did it were part of the friend group.

I felt alone. Until I took a step back and realized I wasn’t by myself.

During these times, I started to have conversations with God. I asked why he took those that I love away from me. I wondered why I had to go through so much pain. I asked, “what did I do to deserve this?”. I was angry. I was asking for a message from God, and He wasn’t making it clear. I reached out to a colleague of mine at a previous internship and asked how I’m supposed to grieve and mourn and express hate and pain while still loving God and holding onto my faith. She quickly told me to read the Book of Job. Job lost everything and turned to God, questioning God’s actions against a man who has not forsaken him. The Book of Job teaches you that humans suffer. It’s what you do with that suffering and hurt that opens up your relationship with God. We must trust God’s wisdom and character when he puts us through hardship. My favorite quote from the Book of Job is

“Behold, blessed is the one whom God reproves, therefore despise not the discipline of the Almighty. For he wounds, but he binds up, he shatters, but his hands heal.”

This is not a survivor’s article. I wasn’t perfect during my college years. I often miss the young, naive high school Dominique who didn’t feel the weight of social and societal pressures. But sadly, she’s gone. I always told myself throughout college that I was going to be a better Christian once I graduated. From my college experience, I’ve learned that life is too short, so you have to cherish every moment. But you also have to remember that it’s your relationship with God that lasts, not the Earthly pleasures we enjoy. I did things that were not God-honoring. I wanted to fit in and be perceived as cool. But then, when negative things happened in life, I labeled it as a punishment by God. As a Christian, it’s easy to think that we must have done something wrong if something terrible happens. Then it becomes a fearful relationship with God rather than an open and spiritual one. But as a college student, you have to remember that Jesus took that punishment of sin when he died on the cross. It’s not a tit for tat whenever you do a sinful act. I saw many college students who would party all night Saturday and then go to church Sunday to cover up for their wrongdoings. That’s not how life works. I realized that I have to embrace my wrongdoings and ask God and others for help. Now I’m not saying that college students shouldn’t have fun, but understand your higher purpose in life and hold firmly to your values. Also, it’s important to stop making excuses. I set my own schedule. I can make time to read the Bible, go to Bible study, or listen to a virtual biblical lesson. It’s a choice.

I thought I had college figured out at the age of 18, at the age of 22, I laugh at how unprepared I was. But as Christians, either preparing for college, going through college, graduating, and in the real world, it’s essential to understand what our purpose is in life and ask ourselves what we will do and who we will surround ourselves with to help elevate that purpose. I graduated from college, and I am still feeling unprepared for life. But I continue to have that open conversation with God, and I have found a spiritual mentor to be fully transparent with when I’m struggling.

College was fun and crazy, and one of the best and worst experiences I had to go through for the past four years. My faith was tested. I went through the good, the bad, and the ugly. But at the end of the day, I am happy and embrace those struggles because it confirmed my identity as a Christian and grew my faith! 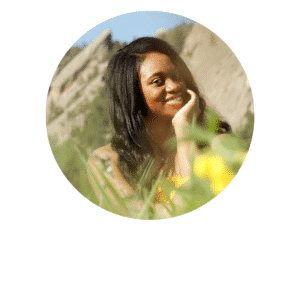 God Is With You in the Small Things

Don’t Be a Mean Girl

Here’s Why Approval Can’t Be Your Ultimate Goal

Do You Have to Be Liked By Everyone?

PrevPreviousWhy I Needed Quarantine
Next2 Ways to Deal With ComparisonNext